On Wednesday 29th of July, the CEOs of Google, Amazon, Facebook and Apple (GAFA) testified before the House’s judiciary antitrust subcommittee.

The four men lead corporations with a total market cap of 5 Trillion dollars. In numbers: $5.000.000.000.000. That’s more than the GDP of Belgium, the Netherlands, Sweden, Denmark, Norway, Spain, Austria and Switzerland. Combined. Data was one of the main topics of the standoff between the Washington bureaucrats and the Silicon Valley (+ Jeff’s Texas) CEOs.

It makes sense. The companies they lead are all aggregators: Facebook of people, Google of content, Apple of software, and Amazon of sellers. When you’re in the business of aggregating and reaching the scale these companies have, you become the gatekeeper of information for your industry. While the US congress focused on how GAFA used this power to hinder competition, there’s a question that I would have liked to be asked but haven’t heard.

“Given the humongous quantity and variety of data you collect, you’re in a privileged position to develop advanced forms of AI. Such forms of AI have the potential of not only further destroying your competition, but also of disrupting society. You may make entire jobs obsolete, or promote racism by releasing biased algorithms. How can we make sure that your advancements in AI will be for the greater benefit of society as a whole?”

I already know how these guys would answer. “Congressman Mauro, thousands of AI researchers use our open source software/APIs to build AI tools they couldn’t have built otherwise. We’re proud to have supported the AI community bla bla bla”.

Yeah. Whatever. I can’t ignore the huge benefits that the tools these companies built brought to the AI community, but there’s something that doesn’t add up.

When OpenAI released GPT-3 a month ago, it took the world by storm. No one expected to see such a powerful technology that soon. And OpenAI is a research organisation, who doesn’t process or own any data. On the other hand Amazon, Apple, and mostly Facebook and Google own an insane amount. Yet, where’s their GPT-3? How is it possible that a research organisation is beating the leading tech companies in the world at their own game, with a fraction of the resources?

To me the answer is simple: it’s not possible. Especially Google and Facebook have an unfair advantage over openAI on data, computational power, money and even talents, and I simply can’t believe that they don’t have any technology that is similar or even better than what openAI has.

The difference is that while openAI’s mission is “to ensure that artificial general intelligence (AGI) benefits all of humanity”, Facebook and Google’s is to make money. And that means they don’t have the opposite incentives of openAI. If any of them had a superAI under work in their basement, using it while hiding it from the eyes of congress and competitors simply makes sense.

A super powerful AI at an insane scale is a dangerous cocktail. It could greatly benefit the whole humanity (for instance improving medicine or democratising healthcare), it can also lead to massive unemployment or social bias. Are we fine with letting private companies decide between the two? Is it really OK if they can build whatever they want in their basement, without external awareness nor scrutiny?

I don’t know what the US congress thinks, but I’d really like to see what’s going on in these basements. 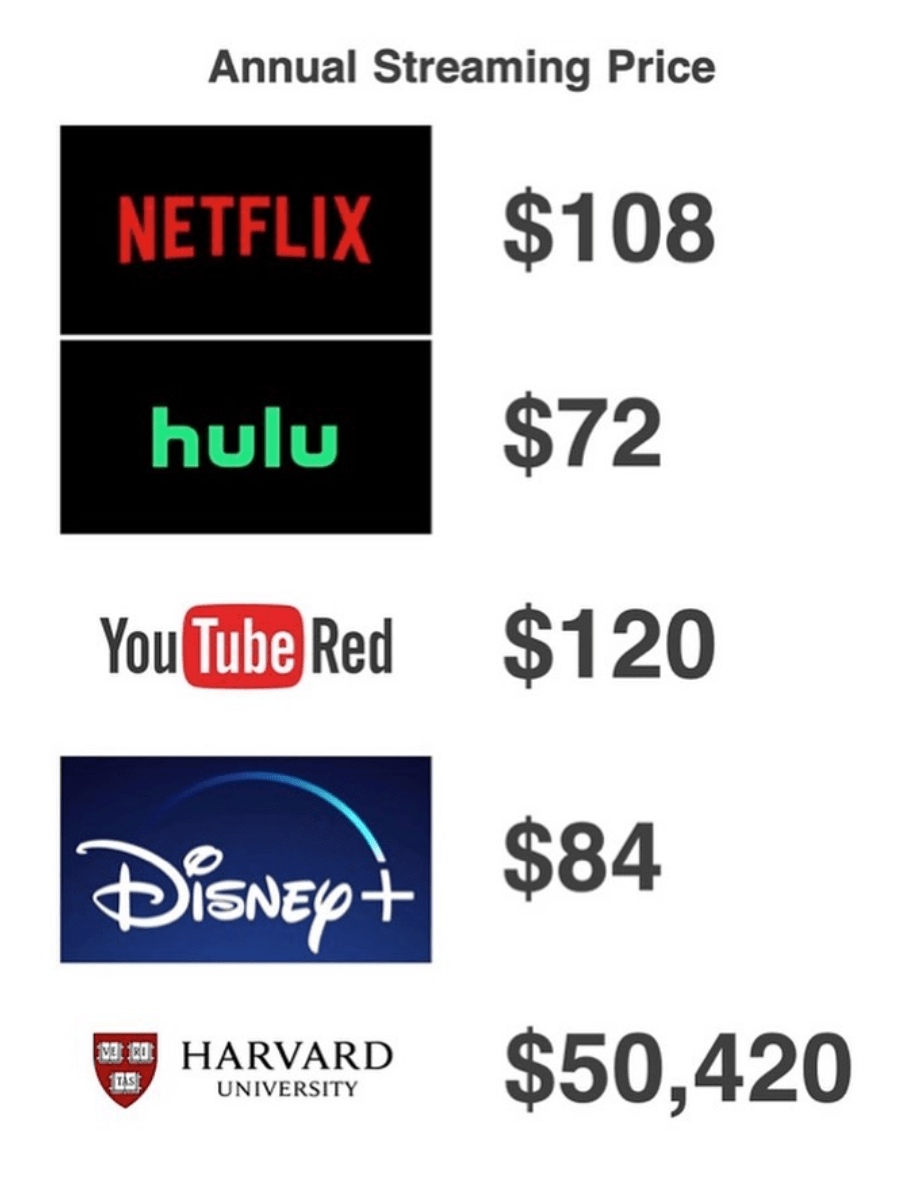 Harvard University announced that next academic year will be 100% online. And the tuition won't be a dime cheaper.

The future of AI jobs is already here.

As technology evolves and becomes more democratic, the winners will be the organizations that are best at integrating it in their DNA, rather than who can write the best code. To make this happen, empathy has to be in your arsenal - practice it.