I (finally) got my first shot of vaccine. Through a tiny needle, some molecules have been injected in my blood stream, and are now instructing my immune system how to defend from a virus we call COVID-19.

In a little while, I’ll be able to (almost) fearlessly engage in all the activities that make us happy human beings: hug friends and family, listen to live music, travel, shake hands with new people.

As I biked to the vaccination center in Copenhagen, I asked myself this question: how did we do this?

Roughly one year ago in my home country, Italy, the military was called in as crematorium struggles to cope with deaths in the most affected cities. Today, I walked in a tend in a shopping mall, where a smiling nurse scanned my health card and her colleague injected me with a molecule that can save my life.

It’s easy to thank the technology we have today, and thank it for its speed. I’ve been in tech for a bit, and I know that technology doesn’t give you anything for free. Behind every “tech miracle”, there are always hard working people who worked their ass off to make it work.

Yet, the idea of vaccinating the entire world population in one or two years after a deadly disease appears on our planet makes any other technology effort look like a child’s game.

Isn’t it important to stop for a second and ask: how did we do this?

Instead of glorifying this abstract invisible God we call “technology”, I want to think about what people were required to make this miracle. Here’s an absolutely non-comprehensive list of people I think we need to be grateful to:

The list goes on and on and on. And I could keep going back in time: all these people are building on top of the work of thousands of other people in previous generations. How could we keep the vaccines cool if Carnot didn’t come up with the refrigeration cycle in the early 19th century? How could the government handle bookings for the entire population if someone didn’t invent databases and the internet? How could we move around vaccines so fast if no one had invented engines roughly 150 years ago?

We need to thank millions (if not billions) of humans that we got here. Humans like you and me, who got up every day, went to work, and with their time and effort enabled us to enjoy this miracle.

I hope you won’t let this experience pass without without reflecting on how we, as a species did that.

Getting where we are now is very close to a miracle. A miracle made by millions humans. Collectively.

I could say “thank you” just to the nurse that gave me my shot, but my gratitude goes to all of them. 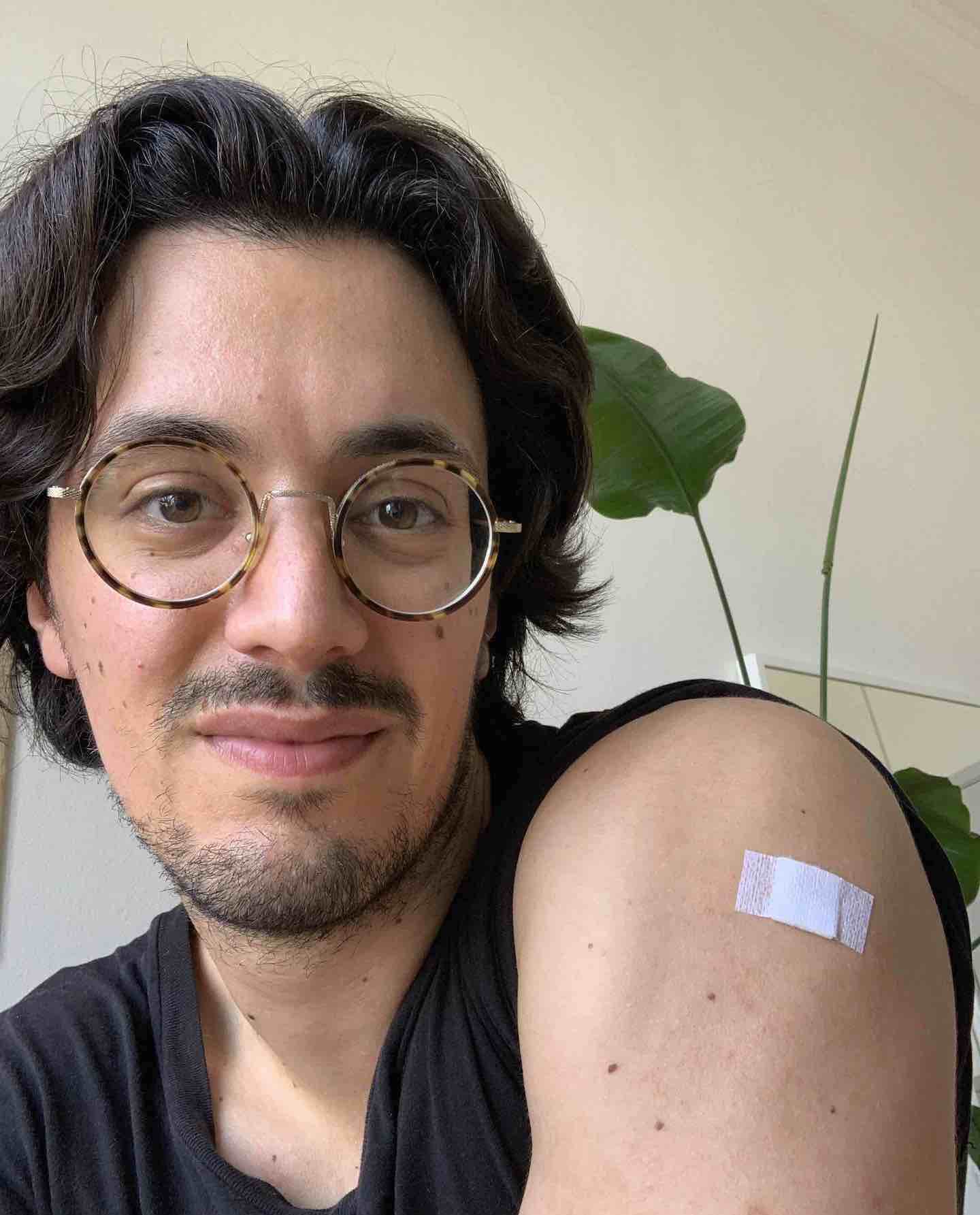